At the beginning of the month I had a productive week in the studio creating not one but two new pieces.
As promised I began to create a piece based around my recent trip to the Isle of Wight. My main source of inspiration was a crab I found on a beach while liking for shells and pebbles. I combined a stitched interpretation of 'Isla' (the crab) with maps, photographs, a quote and more stitch to create a collage of the Isle of Wight. 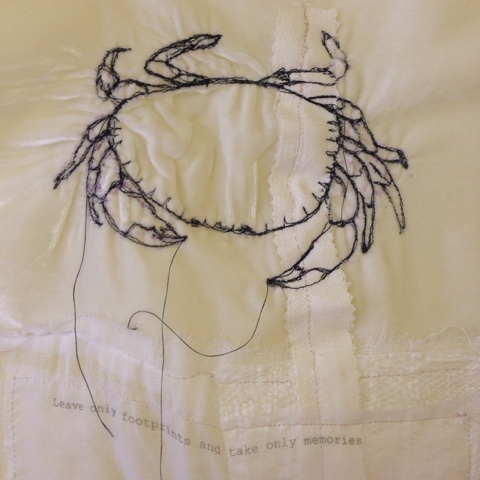 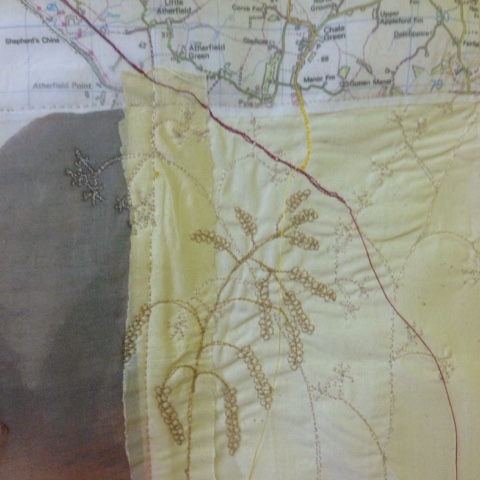 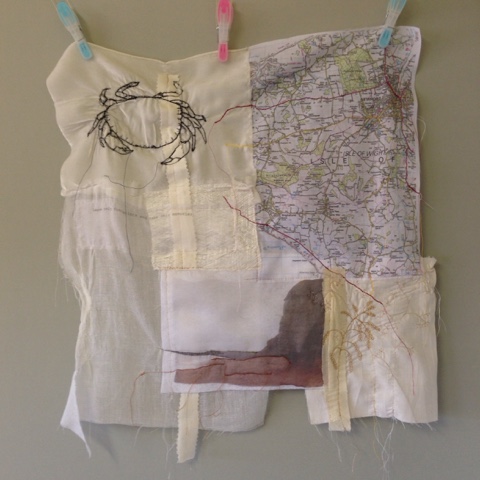 The second piece I started was based around a fabric pack I bought back in September. It is a series called 'Nocturne' by Janet Clare for Moda and, as the name suggests, has a predominant navy blue colour as a base. I wanted to contrast the dark blue with bright greens, blues and purples, so a dragonfly struck me as the best insect to represent this idea. 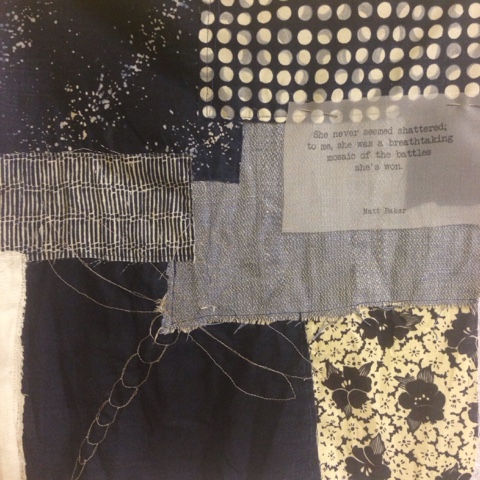 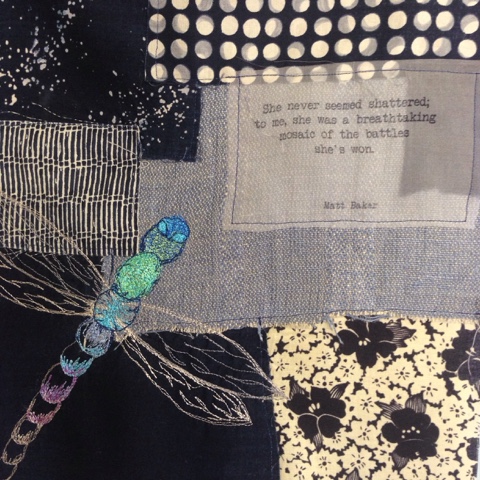 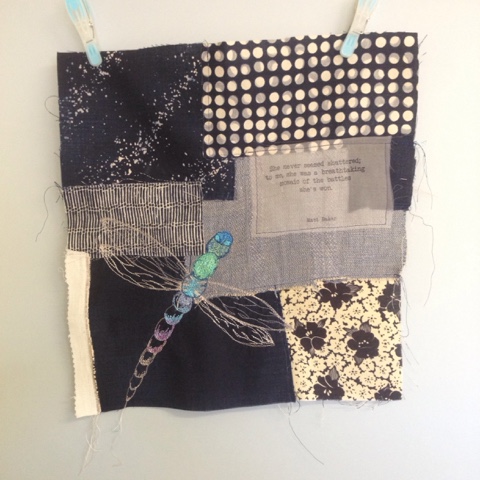 I now have more work in progress than ever before, I need to concentrate on finishing some of it for an upcoming exhibition. As always, I'll keep you updated with progress.
Posted by Helen Jenkins at 12:43